Does Vanderbilt Have a Chance to Finish with a Winning/Even Record?

The big question. Many thought after a very rough start that Vanderbilt was going to have yet another not so great football season. Losing to Ole Miss, UNLV, Purdue, LSU, and Georgia in their first 6 games, but then Vanderbilt put on a show last Saturday and beat #22 Missouri. This showed a lot of potential of how good Vanderbilt can truly be. I’m going to be telling you why Vanderbilt still has a chance at having a winning record or even record. 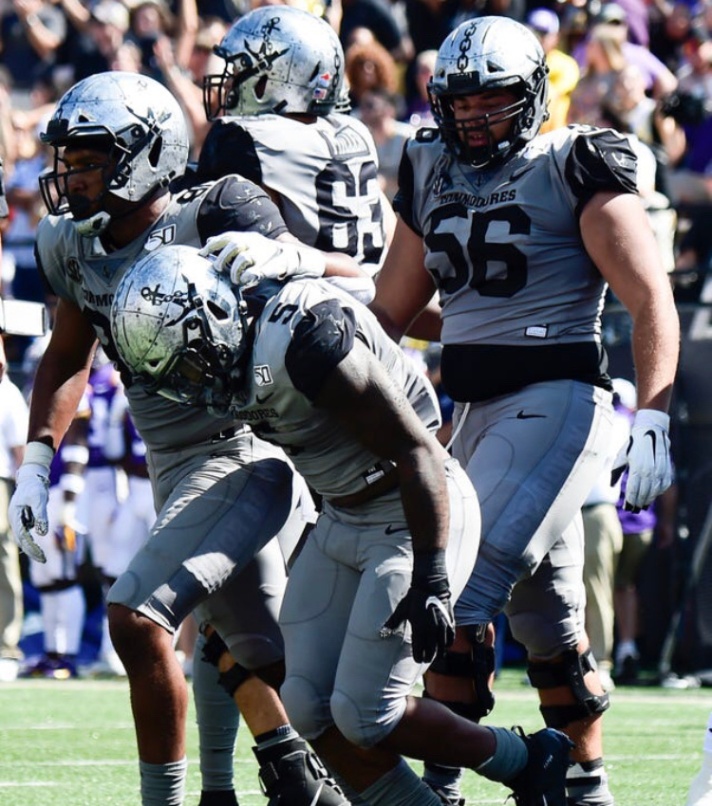 First let’s talk about Vanderbilt’s upcoming schedule and their record. As of now Vanderbilt is 2-5. There 2 wins were against Missouri and NIU. There upcoming games will be against South Carolina (Nov 2nd), Florida (Nov 11), Kentucky (Nov 16), East Tn State (11/23), and Tennessee (11/30). You may be saying, “there’s no way Vanderbilt wins these games South Carolina beat Georgia, Florida is one of the best teams in college football right now” and anything else you can think of. Trust me though Vandy still has a chance.

Offensively Vanderbilt hasn’t showed much of anything this season until the game vs Missouri. All of Vanderbilt’s offensive played very well against Missouri. Keshawn Vaughn and Mo Hasan really stood out in my opinion. Both of these players have incredibly good potential, but is it enough to beat Florida? We will see.

I know the chance may not be very big, but do you think that Vanderbilt has a chance at finishing with a winning or even record? Let @tailgate_vandy or @tailgate.athletics know on instagram!