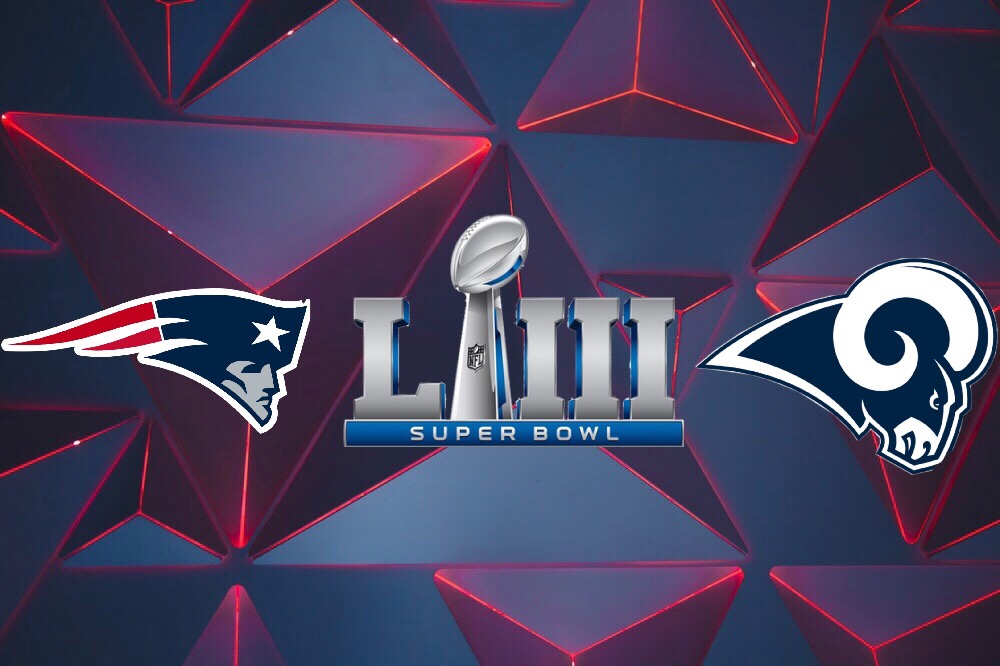 An Early Look at Super Bowl 53

Ladies and Gentleman, the stage is set. In two weeks, in Atlanta, the New England Patriots and the L.A. Rams will duke it out in Super Bowl 53.

Both teams went on the road, took the game into overtime, and stunned their opponent. The Rams kicked a field goal in New Orleans while the Patriots took the first drive of OT and scored a walk off touchdown. Now, they’ll meet each other under the brightest lights the NFL has to offer.

The Rams showed their resilience against the Saints as they battled their way back to stun the Rams in New Orleans. The Rams struggled to run the ball, but Goff got it done through the air throwing for almost 300 yards.

In Kansas City, the Patriots ran all over the Chiefs exploiting their defense all game long. The Chiefs got a couple stops, but couldn’t come up big when it mattered most. The Patriots were doubted throughout the season, but now they’re back in the big game.

It’ll be interesting to watch these two teams go at it. Perhaps the greatest coach of all time in Bill Belichick against the young gun, Sean McVay. It’ll be the best chess match we’ve seen all year.

With an early look at Super Bowl 53, you have the Rams, eager to prove they are the NFL’s best up and coming team with a potent offense. You also have the Patriots, with tons of irreplaceable Super Bowl experience. You have old school. And you have new school. Both teams have outstanding running games as well as quarterbacks that can make every throw.

These two teams are evenly matched. If you aren’t excited for this matchup, you may not have a pulse right now. Get ready for an epic clash in Atlanta.

Look for another Super Bowl 53 preview coming later next week!

(Written by Seth Cohen, a Tailgate writer who also runs @tailgatenflnews on Instagram.)