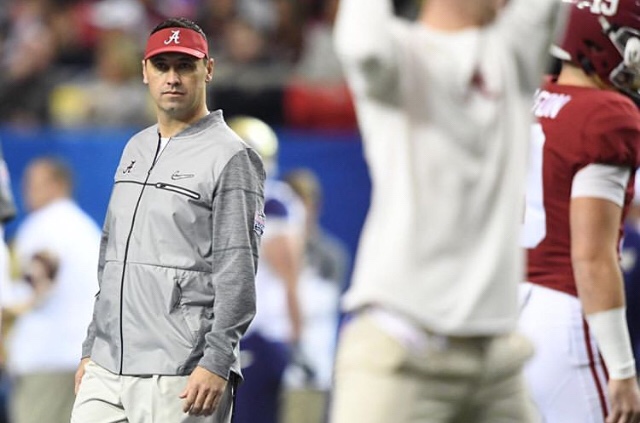 Report: Steve Sarkisian heading back to Alabama after turning down NFL’s Cardinals

Sarkisian will be rejoining Saban staff, according to Dianna Russini of ESPN, though in what capacity he will serve upon his return remains unclear. He was reportedly in Tuscaloosa, Alabama, on Saturday interviewing for the offensive coordinator position, according to the MMQB’s Albert Breer.

Alabama is in the market its fourth offensive coordinator in as many years after Mike Locksley left to become the coach at Maryland and Dan Enos departed to become the offensive coordinator and quarterbacks coach at Miami. Alabama finished the 2018 season as one of college football’s most prolific offenses with Heisman finalist Tua Tagovailoa leading the nation with a 199.44 passer rating, 3,966 yards passing and 43 touchdowns. Alabama fell to Clemson 44-16 in the College Football Playoff National Championship Game.